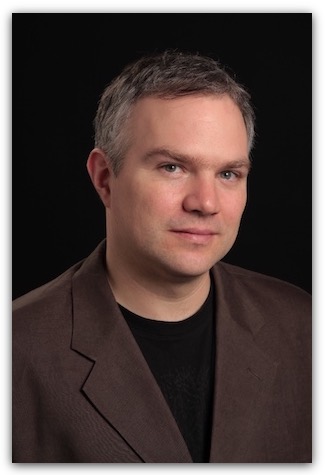 Michael LeFevre is a highly regarded figure in the classical guitar world of the Pacific Northwest. As a performer and teacher, he has been committed to bringing the art form to audiences and students for over 20 years. His concerts have been praised for their musicality and engagement with the audience while his instruction has helped numerous students maximize their potential.

Michael began studying classical guitar in high school, taking lessons at the Willoughby School of Fine Arts in Northeast Ohio. After two years of study at Kent State University, he moved to Seattle, earning his bachelor’s degree in music at Cornish College of the Arts in 1992 with Steven Novacek as his principle teacher. During this time he also had the opportunity to study with some of the world’s most renowned soloists by performing in master classes for artists such as Manuel Barrueco, David Russell, Eliot Fisk, Paul Odette (lute), Pepe Romero, and Eduardo Fernandez.

In 1993, Michael won first prize at both the Northwest Guitar Festival (regional) and the Portland Guitar Festival (open enrollment) competitions. In 1995, he took first prize at the International Guitar Congress in Corfu, Greece. As part of the prize for this event, Michael received a concert guitar from the luthier Pavlos Gypas, performed a series of concerts in Crete, and returned to perform at the 1999 festival. In 2001 he was awarded the Northwest Young Artist Award, an event open to all classical instrumentalists and which offers a sponsored recital tour of the region and a performance-interview on KING-FM in Seattle.

Some highlights in his performing experience include two appearances at Seattle’s Benaroya Hall: as a soloist in the Seattle Symphony’s 2008 ‘Subscriber Exclusives Series’ and in ensemble with the St. Helen’s String Quartet in 2005. In 2003, he performed with the Seattle Opera Orchestra during the run of Donizetti’s Don Pasquale. From 1995-1997 he was guitarist-in-residence at St. James Cathedral in downtown Seattle performing weekly for the Taize service and appearing annually in the recital series and the Great Music for Cathedrals series. He has been a frequent recitalist in the Seattle Classic Guitar Society’s Frye Concert Series, a headliner at several Northwest Guitar Festivals, and a soloist at the Whidbey Island Music Festival. He has performed in ensemble with Cornish College’s New Performance Group, with the Seattle Guitar Trio, and with early music specialist Stephen Stubbs. Recent collaborations include performances with Walla Walla University’s I Cantori choir, with the Walla Walla Choral Society, and with Whitman and Walla Walla University faculty members at Whitman’s Kimball Theater. In 2012, he commissioned and premiered a new work, Sonata, from acclaimed composer Bryan Johanson.

Prior to his move to Walla Walla, Michael had been the classical guitar instructor at Cornish College of the Arts from 2007-2009. From 2001-2004, Michael taught seminars on classical guitar technique at the National Guitar Summer Workshop- Northwest Branch, Seattle Pacific University. He frequently gives master classes at many of the regions colleges, including Portland State University, Pacific Lutheran University, Eastern Washington University, and the University of Idaho. He has adjudicated and given workshops for the Washington Music Educators Association in Ellensburg and Pasco and for Musicfest Northwest in Spokane. More recently, in 2013 he was on the faculty at Whitman College and, since 2011, has been guitar instructor at Walla Walla University. He has had former students take top honors at the Northwest Guitar Festival and many have gone on to advanced degrees at such institutions as Yale and the San Francisco Conservatory. 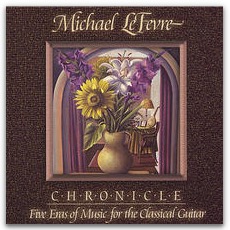